On its debut appearance in the FIA European Rallycross Championship as a two-car Supercar team, JC Raceteknik proved its ability to compete with the best in the competitive field at the opening round in Barcelona (April 2).

The team’s Norwegian drivers’ Thomas Bryntesson (21) and Ola Froshaug (52) both showed their potential in a weekend of changeable conditions, beginning with the Free Practice session on Saturday morning, where Bryntesson was fifth fastest.

In Q1, Bryntesson continued that form with a fantastic drive in Q1, in wet and slippery conditions to be second fastest. Fifth in Q2 was followed with an equally accomplished drive in dry conditions in Q3, where he won his race and was second fastest. Fourth in Q4 put the rising star on pole position for the second semi-final in only his second ever Supercar race.

However, the first lap of the semi-final ended in disaster for the reigning RallyX Nordic Lites Champion. Substantial damaged was sustained after contact forced him out of the race on the opening lap. Despite the semi-final incident, Bryntesson left the opening round of the series in joint fourth in the points.

Froshaug was consistently inside the top 15 during the return to Supercar action for the multiple Supernational Champion and he lay in ninth position at the end of day one, using his experience to perform strongly in the mixed-condition races. A spin while pushing to progress up the order meant he just missed out on starting in the semi-finals by a single position.

The team’s next event for the two Supercar drivers will be the opening round of the RallyX Nordic Championship on April 22 in Grenland, Norway.

Joel Christoffersson, Team Principal :
“We came here with good experience from the pre-season tests and thought we were fast, but didn’t really know where we would be against the others. The first practice was a big relief because we knew we had a good car and driver combination. We were very happy with second in Q1 in the rain and Thomas was very fast in Q3 – he drove the perfect race. It’s a real shame that we had a bad ending in the semi-final but it’s good we have the speed. If we’d had bad speed with what happened in the semi-finals it would not be so good, but I think we can be happy. Both guys had the pace to be in the semi-finals, which is impressive for me. We will do some more testing now before the first round of the RallyX Nordic Championship. I’m really, really looking forward to the next events.”

Thomas Bryntesson (NOR) :
“I’ve been hoping that the weekend would go this way, but obviously I felt it was wishful thinking. Both myself and the team have taken some big steps forward. The speed is there and we have every opportunity to succeed in the future. It was an awesome weekend all the way until the semi-finals. Sometimes when things like the semi-final happen you become angry, but this time I was really just disappointed. The whole team had worked really hard and it was a great effort to be faster than some of the World RX drivers. It’s of course disappointing to miss out on the final. I’m psyched for the RallyX Nordic season premiere in Grenland. Now I've had my toes in the water, it will be fun to show what we can do again. We’re aiming to finish as high as possible.”

Ola Froshaug (NOR) :
“All in all, the weekend was good and the car was perfect. I had a lot of fun and we were a good match for the competition. Both me and Thomas had tremendous support from the crowd and nearly a hundred people from home travelled here to cheer us on. There were some hard knocks for me in the first corner - in rallycross everyone wants to be first into the first corner and nobody gives way. For my part, it’s a shame I missed starting in the semi-finals, which is a shame because that was my goal. I had never raced on the circuit in Barcelona, but I’ve been to Grenland several times so at the first round of RallyX Nordic is should be easier to find the momentum right from the start.”

More pictures from Euro-RX in Barcelona. 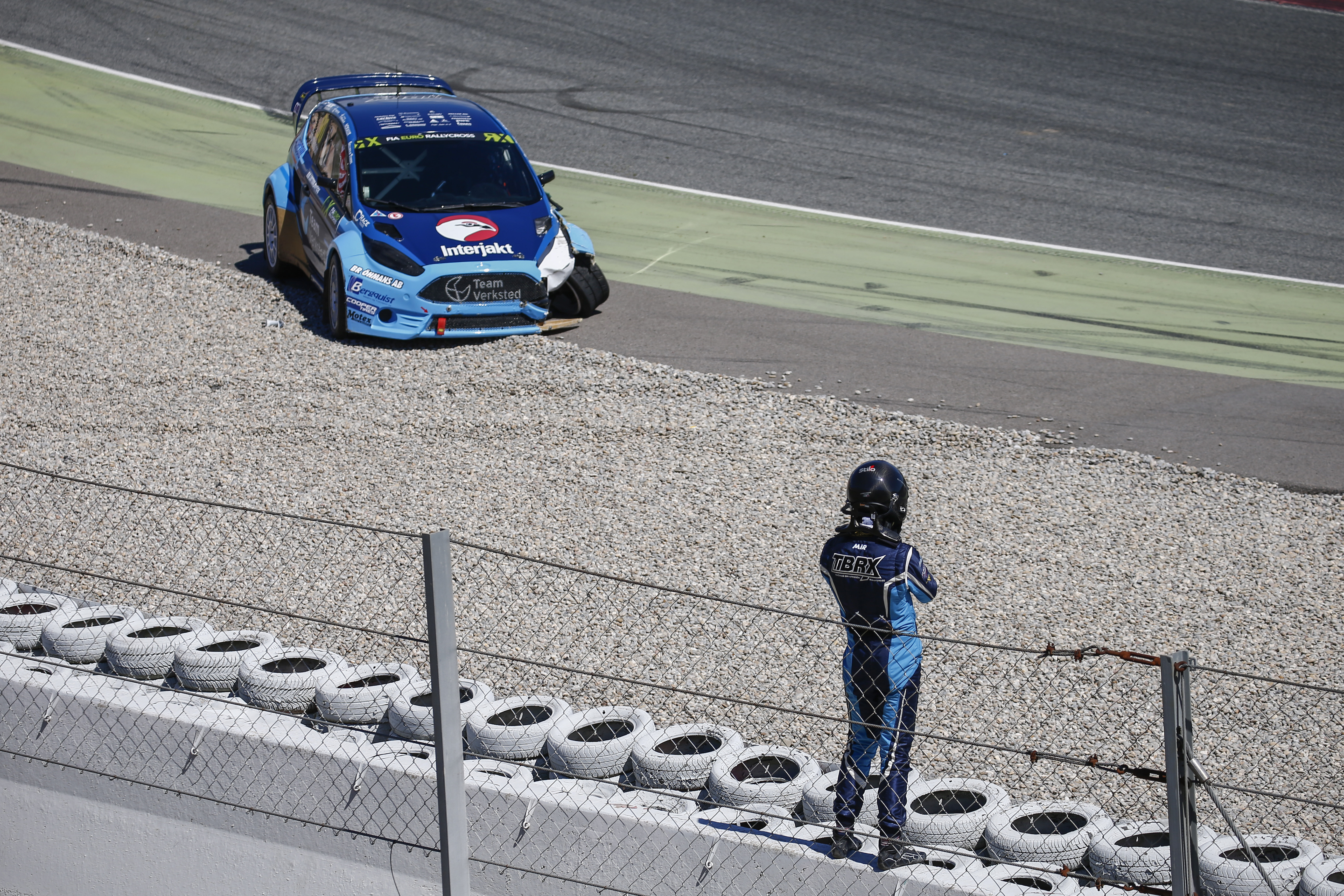 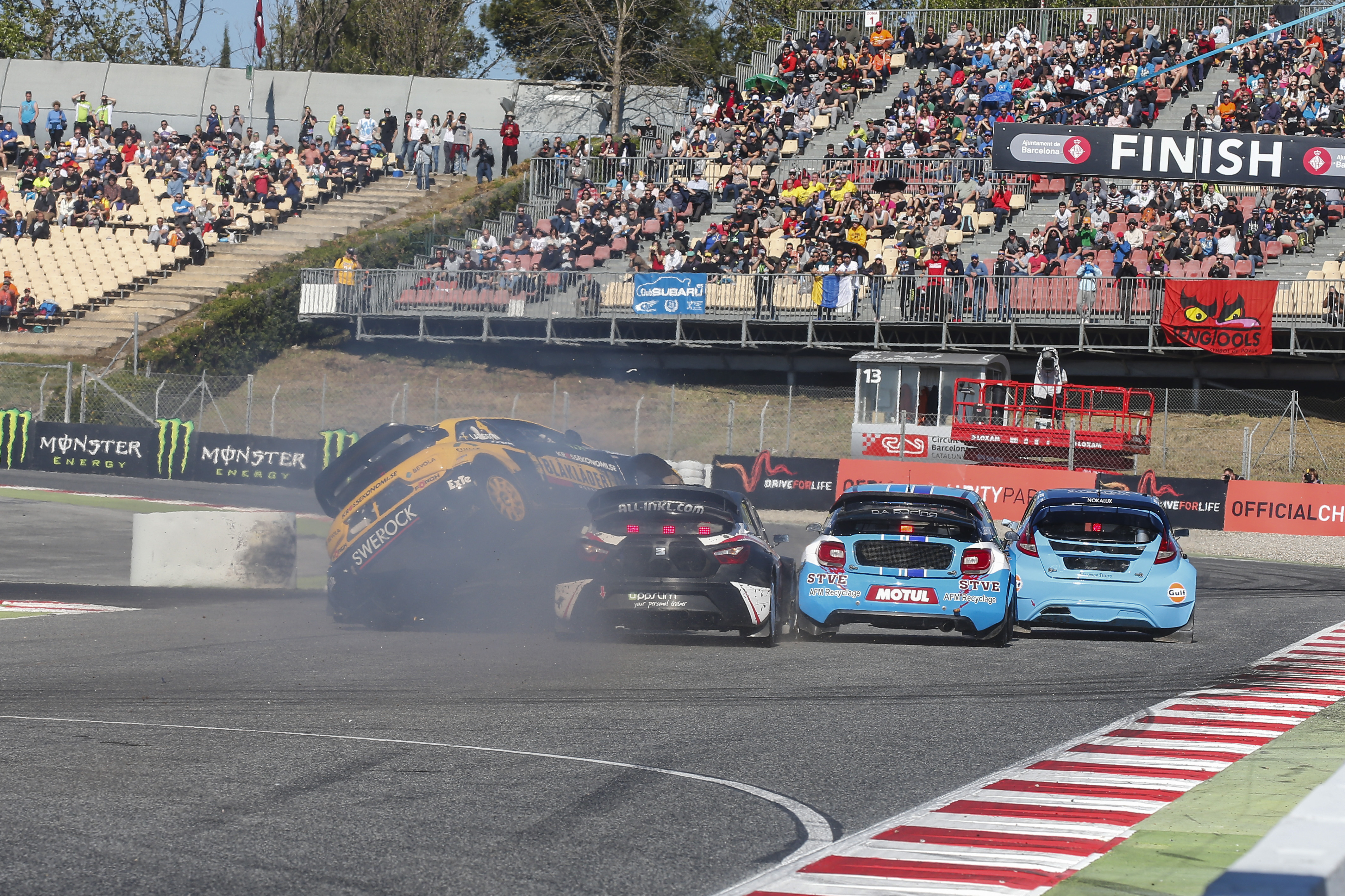 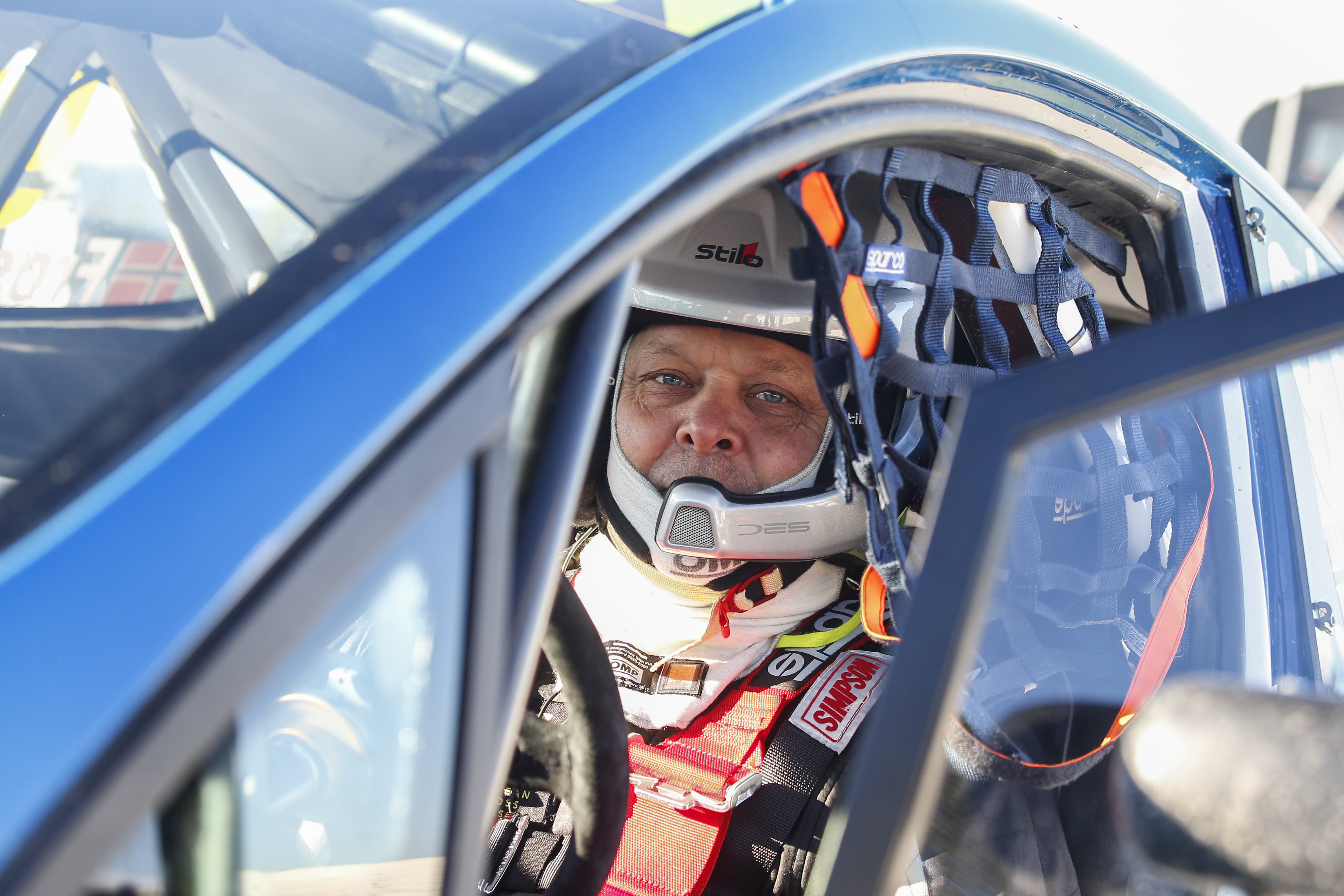 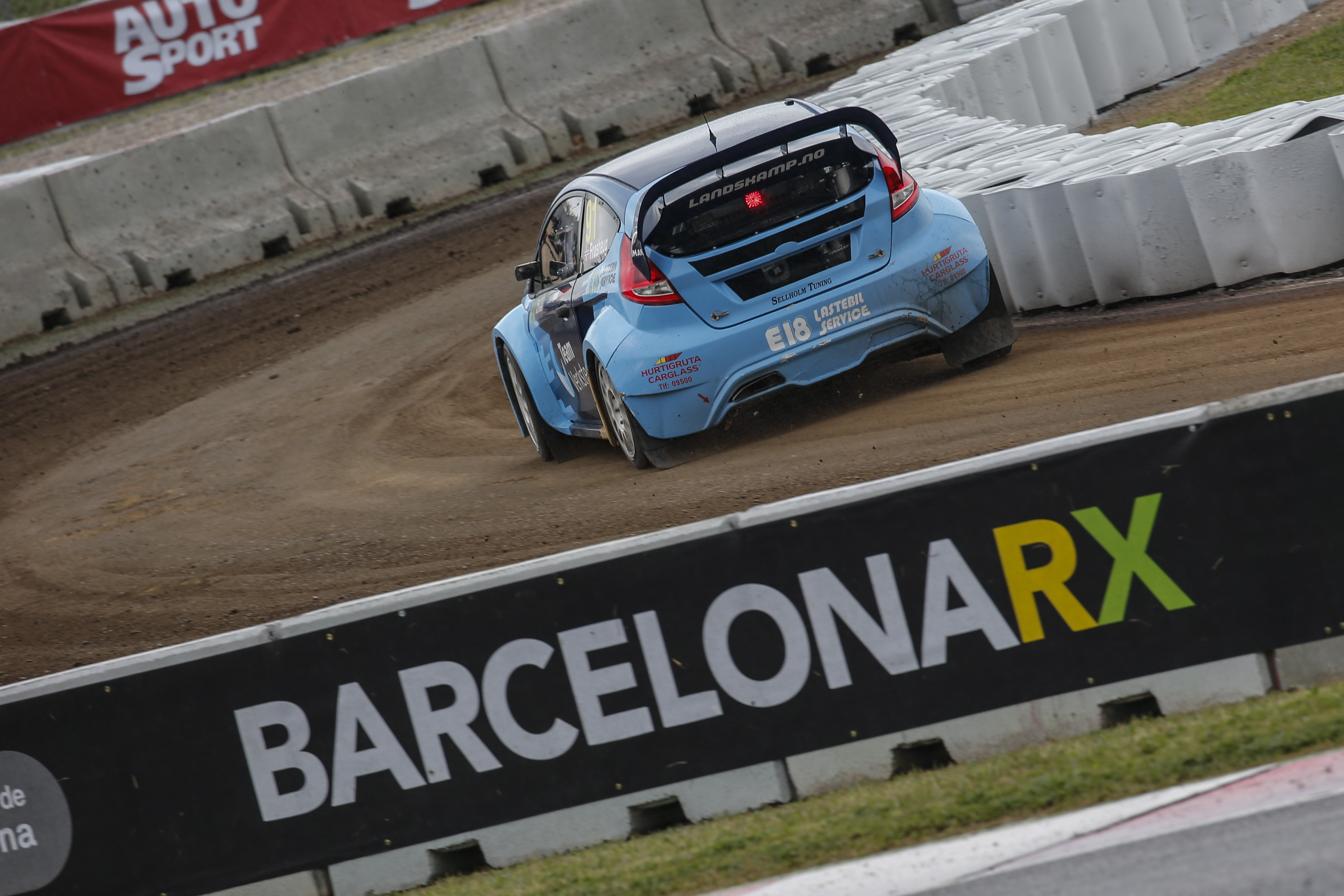 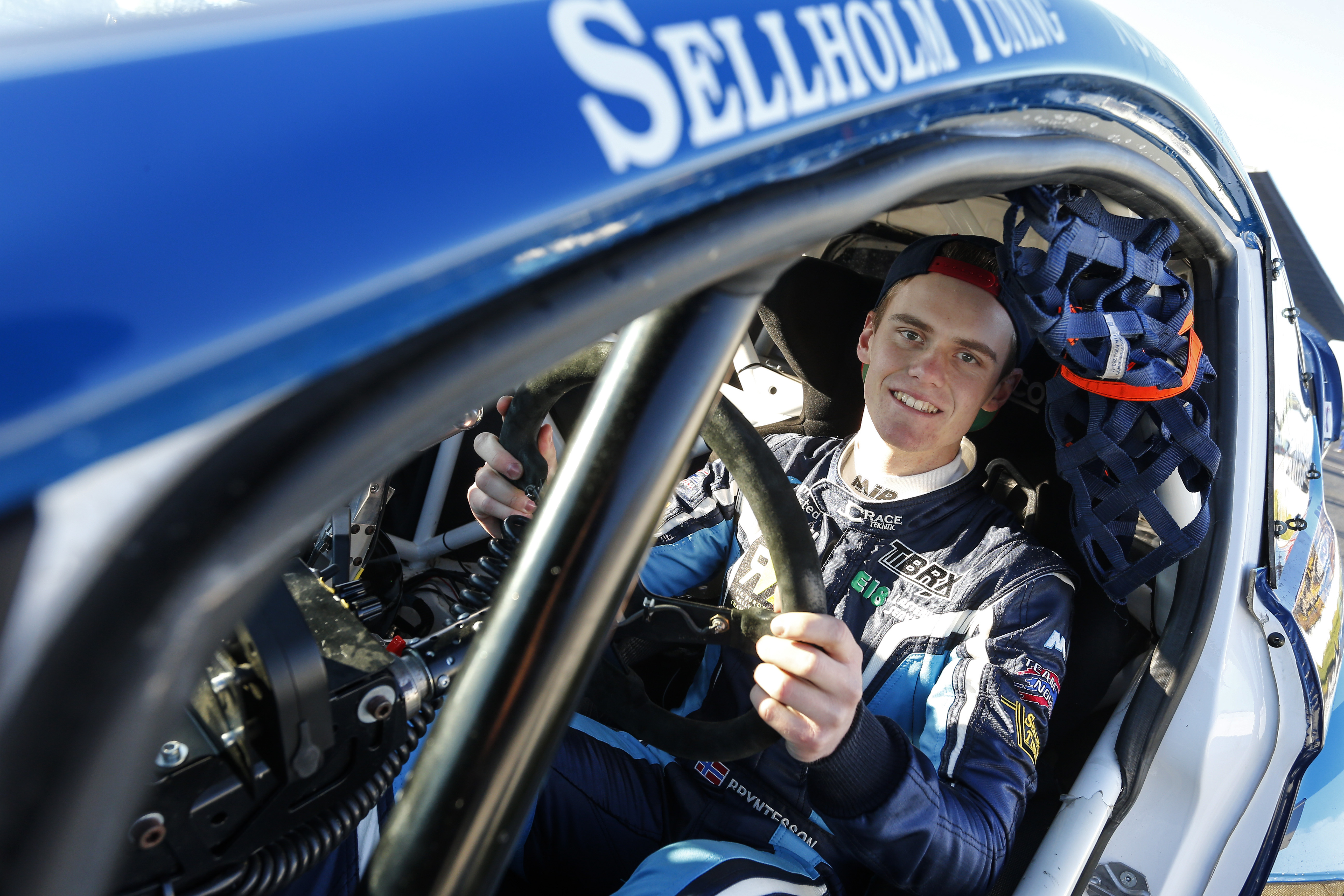