Championship winning rallycross team JC Raceteknik made a strong start to the 2017 RX2 International Series at Mettet in Belgium with its three drivers, and just missed out on a podium finish.

The newly re-branded FIA World Rallycross Championship single-make support category got underway with an 18-driver field and William Nilsson, Sondre Evjen and Guillaume De Ridder all qualified for the semi-finals.

Swedish driver Nilsson made his debut in the category last year at his home event, Holjes, while competing in the RallyX Nordic Supercar Lites Championship with the team, and has graduated to the International series this season. He impressed in Free Practice one with second fastest time on a new circuit, and won races in the qualifying stages of the event to make it into the semi-finals.

He finished fourth behind team mate Evjen in semi-final one, but progressed to the final when Evjen was handed a penalty. In the final, Nilsson lost out on a chance of challenging for the podium by a broken alternator on the third lap.

2016 Latvia RX Lites winner Sondre Evjen set competitive times through the qualifying races but spent much of his weekend battling in traffic. Ninth in the Intermediate Classification, Evjen finished third in semi-final one but was handed a five-second penalty for corner cutting on a freshly watered track and dropped to sixth in the race as a result.

24-year old Belgian driver Guillaume De-Ridder made his RX2 debut at his home event and impressed with third fastest time in Free Practice two. His car got stuck in fourth gear in Q1, but fourth, sixth and then seventh in the remaining sessions for the former rally and karting driver put the Renault F1 powertrain engineer seventh in the Intermediate Classification, before he finished fourth in the same semi-final race as his team mates.

The event was won by Frenchman Cyril Raymond, with Englishman Dan Rooke second and American Tanner Whitten third. The next round of the RX2 International Series takes place at Lydden Hill in the UK at the end of the month (May 26 – 28).

Joel Christoffersson, Team Principal :
“We’re happy with the speed because we have been there on times, but we’ve never had the small luck you need to be right on the top. We’ve always been in a bit of traffic, had some driver mistakes and jump starts, things like that. We managed to get all three cars into the semi-finals and Sondre was quick but because the track was watered he went off, cut a corner and got a five-second penalty. William then got into the final, so that was good and he had good speed – he was really on it but had a broken the alternator. Guillaume was impressive, this is the second rallycross event of his life. He struggled a lot in the starts but otherwise he was happy and we’re pleased with his performance.”

RX2: Sondre Evjen (NOR) :
"It would have been a good event for me if it wasn’t for the time penalty in the semi-final. I was in the final until then and that’s always your main target. When I was able to run on my own in the qualifying races, things went well and the speed was there. I got bad starts in each race, which of course wasn’t good. I also struggled with the joker lap and lost time there too. When it’s such a close competition, you get immediately punished if you make even a small mistake. This is all about tackling adversities and I've already put behind me what happened in the semi-finals. I want to fight for the championship in RX2 and for that reason it will be important to get as good a result as possible in Lydden Hill. I will fight for a top result.”

RX2: William Nilsson (SWE) :
"It sucks to be forced out by something breaking in the final, otherwise I would probably have been third. For me, it would have been better if I’d made a mistake myself rather than having a technical problem that I have no control over. But, it’s just something that can happen to anyone in rallycross. Overall, I’m satisfied. It was a pretty good in RX2 for my part. Of course, you always want to reach the podium, but as it’s my first year in RX2 I cannot expect to be the fastest from the start. I know that I have good pace and have a good setup with the car, so I can focus on myself and driving my races and ignore what the others are doing. The next race at Lydden Hill will be a completely new track for me, unlike for many of the other drivers. I will try to start smoothly and then push hard. The goal is to be in the top five.”

RX2: Guillaume De-Ridder (BEL) :
“This was my first race here, and we were just hoping to improve and improve and improve. We had a good rhythm from the Free Practice session and it was unexpected to be third overall. In Q1 the car got struck in fourth gear but Q2 was really good. I won my race and was fourth overall so I was ninth after the first day. The second day was quite good, I was sixth and seventh in Q3 and Q4 so I was seventh overall. The goal was to get into the semi-finals. In the semi I was a bit surprised by the track watering and went too wide into the joker. I finished fourth, which for a first race is not bad but with our pace we can maybe expect a bit more. We were positively surprised to be so soon on the pace.” 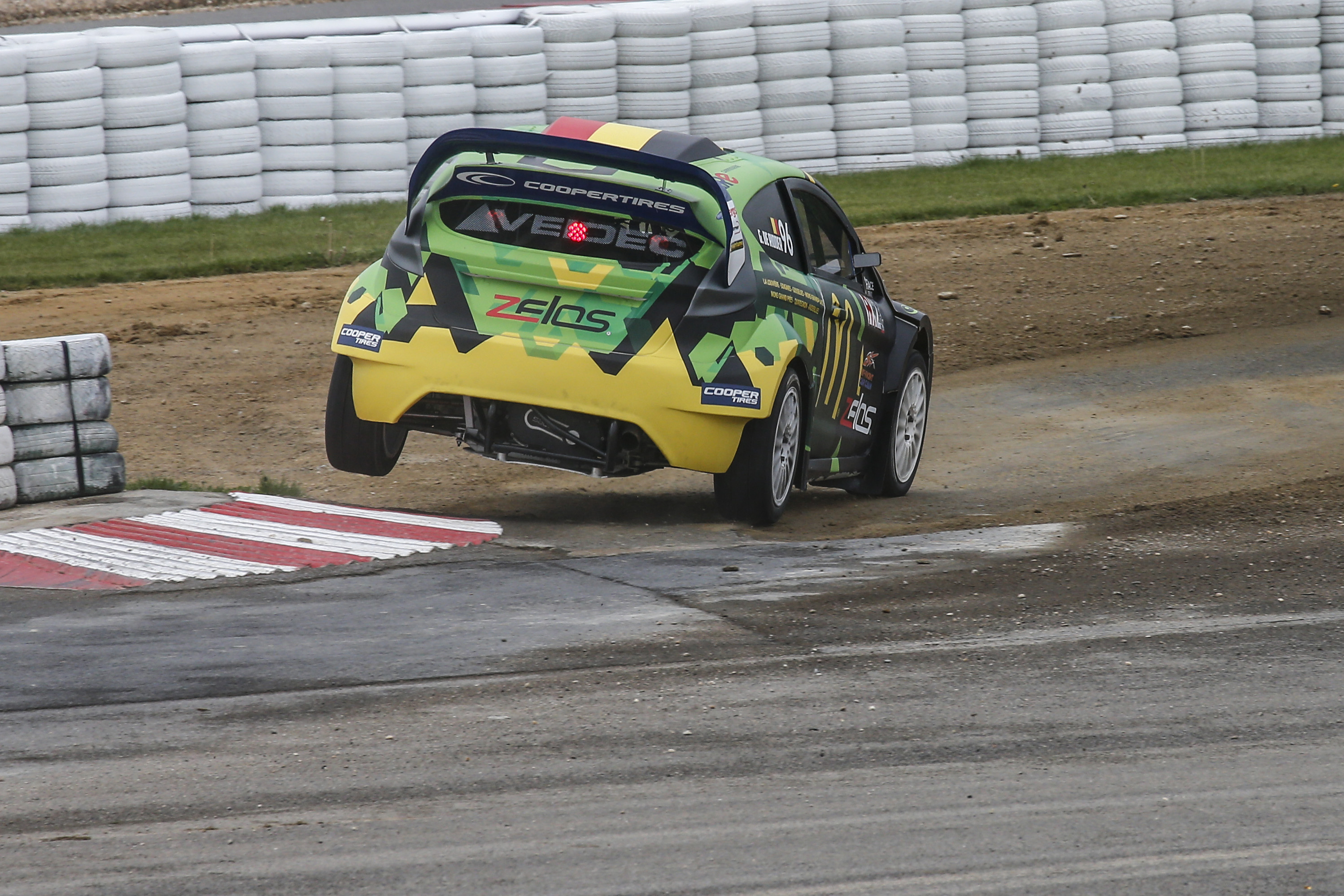