Swedish rallycross team JC Raceteknik heads to Barcelona in Spain this weekend for the opening round of the FIA European Rallycross Championship, the first event for the team’s new two-fold Supercar line-up. Driving the pair of Ford Fiesta Supercars in the team this season are rising star Thomas Bryntesson (21) and experienced Supernational rallycross racer Ola Froshaug (52).

Bryntesson won the RallyX Nordic Lites Championship and finished second overall in the FIA World Rallycross Championship supporting RX2 Championship with the team last year, and makes his full-time graduation to Supercar having previously made one appearance in World RX, in 2015.

Froshaug meanwhile has previously made selected starts in the Euro RX Supercar Championship, but has focused on Supernational competition in recent seasons and has never raced in Barcelona. He has eight NEZ (North European Zone) rallycross championship titles to his name.

JC Raceteknik and team principal Joel Christoffersson (27) has significant experience in running Supercars in rallycross, notably for drivers like Travis Pastrana, Liam Doran, Timmy Hansen, Kenneth Hansen, Mats Ohman and Alexander Hvaal, but 2017 marks the first time that the squad has entered Supercar full-time in its own right.

Joel Christoffersson, Team Principal :
“We had two really good test days with a lot of good progression in both driving and car setup. We were really happy with where we were at the test, and both drivers were happy too, so it was good. The livery on the cars is really great - we’re all really very excited for this season. When we started this programme I said we needed to learn a lot first. After the test we are very happy with our speed, but it’s so difficult to know where we are when everyone has been on their own in the winter break. Hopefully we can fight for the semi-finals with both cars and then we hope to fight for a place in the final too. We’re really looking forward for Barcelona now.”

Thomas Bryntesson (NOR) :
“I'm really looking forward to the race this weekend. To get behind the wheel of a Supercar feels really exciting and it will be fun to have that feeling again. Although I feel comfortable on the track in Barcelona, there is so much more to it than that. Unlike other drivers in Euro RX Supercar, I’m new to this type of car, which makes it hard for me to know exactly which settings to use when the car is behaving in a certain way, for example. But, Joel and the whole team are talented and they have a lot of experience in Supercar. Of course I want it to go as well as possible, and I’m committed to pushing for the championship from the very start. Since it’s the first round this weekend, it’s difficult to know how to are compared to other drivers, but to make the final is the goal, and once there, anything can happen.”

Ola Froshaug (NOR) :
“It’s really exciting that the first round is so close. I get tingles in my body just talking about it and it’s a dream to be racing in the European Championship. The were no problems during the tests, we ran with some slightly different settings and the car suits me well. Once in Barcelona, ​​the goal is to get to the semi-finals for me. My plan is the same as everyone else’s I’m sure, to be the fastest at the start and then go as fast as I can. I really appreciate all the support I get; it's means a lot to me. Many people will go down to Barcelona to cheer us on and to see familiar faces in the crowd is always fun.” 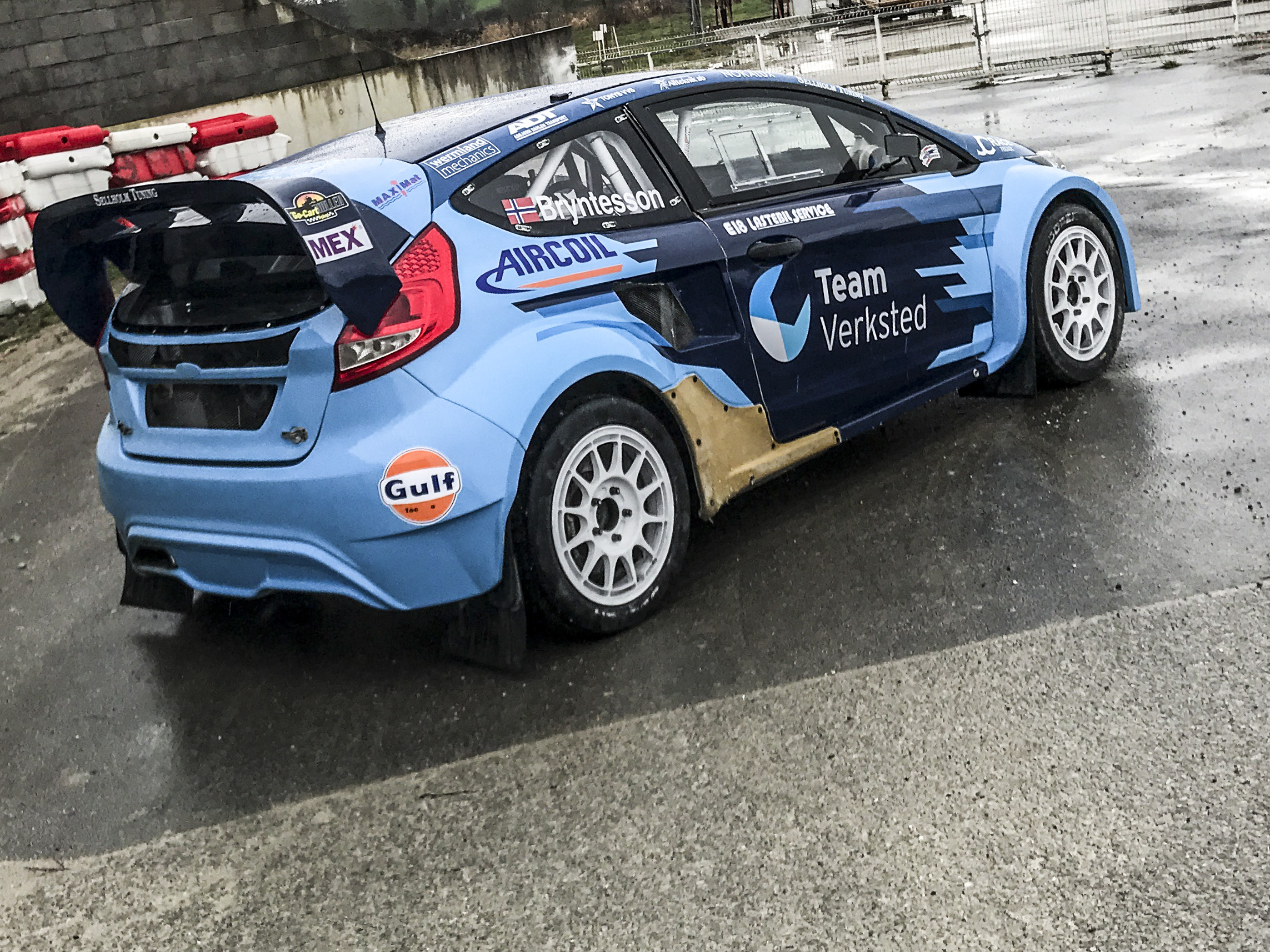